If you have spent time along the shoreline of the San Francisco Bay over the past few weeks, you have probably heard the raspy calls or seen acrobatic diving maneuvers of terns.  There are a number of species that both migrate though and nest around the San Francisco Bay. The largest of them all is the Caspian tern.  This species is the largest tern species in the world- making it larger than many gulls.  The Caspian tern tops out at 21 inches in length with a wingspan reaching up to 50 inches!  Other than its large size, Caspian terns can be identified by their large, thick red bill, black cap, and shallowly forked tail.  If you are having trouble discerning a gull from a tern from a distance, try looking at their behavior. To forage, terns will fly high over the water, hover, then plunge below the surface to catch fish using their large bill- this behavior is not typically seen in gulls.

Caspian terns are migratory birds that can be found all across the world.  The individuals that we see here in California spend winters down in Central America and travel up to the northern US and Canada to breed.   Like many other tern species, Caspian terns are colonial nesters that will establish breeding colonies in a variety of habitats along waterways such as salt marshes, barrier islands, dredge spoil islands, freshwater lake islands, and river islands. The largest documented breeding colony is located on a small artificial island in the Columbia River and supports more than 6,000 pairs!  Each nest typically contains 1-3 eggs that hatch after 20-22 days of incubation.  Chicks leave the nest shortly after hatching but may remain with their parents for as long as 8 months!  Nesting birds will aggressively defend the breeding colony against predatory birds, or curious birders who wander too close, through pursuit and attack.  (Remember it is always best to keep your distance from nesting or roosting birds!) This breeding season we have spotted a handful of Caspian terns frequenting the beaches of Aramburu Island and for the first time, we have documented courtship and mating behaviors!  We are hopeful the terns will soon create a new breeding colony on Aramburu Island.  To catch a glimpse of these birds, take a walk down to our beach to look out over the bay or walk the hiking trail to the top of the hill to look over at Aramburu Island. 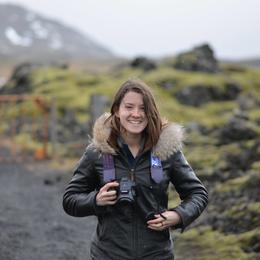