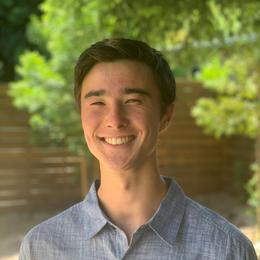 Since its invention in the late 19th century, plastic has evolved into an extremely versatile and useful material and is used in almost every aspect of our lives. Plastic can be found in almost any product today, including toys, cars, and packaging. But plastic also presents a problem. Due to its synthetic nature, plastic is very hard to dispose of in an environmentally friendly manner. And although the mantra, “Reduce, Reuse, Recycle” has been drilled into many children’s minds from an early age, plastics -specifically single use plastics- still account for a majority of environmental pollution around the world.

Plastics litter the streets of cities and the sides of freeways. Plastics disposed of improperly contaminate drinking water, harm animals, and migrate to the ocean, damaging its ecosystems and marine life. The Great Pacific Garbage Patch swirls in the middle of the Pacific Ocean. Turtles wash up onshore with plastic soda rings around their necks. Birds are found on beaches with their stomachs filled with plastic debris. These are a few of the more graphic and extreme examples of the effects of plastic pollution on marine environments, but there is another type of plastic pollution that is just as deadly and is more obscure. Microplastic pollution.

However, microplastics aren’t to be confused with microbeads, which are pieces of plastic that are specifically designed to be small. Microbeads were most commonly used in beauty products like toothpaste, but were banned in the United States by the Microbead Free Waters Act in 2015² because of their contaminant nature.

How are they different from macro plastics?

Due to the fact that microplastics are so small and are broken down from larger plastics, they are extremely hard to control and clean out of ecosystems. With macroplastic garbage bags or bottle caps, you can just pick them up out of the water or use a filtration device to catch the debris. However, microplastics will pass right through most water filtration systems, and still have many of the same negative effects on ecosystems and marine species as larger plastics.

Plastic pollution is a relatively new issue that has become an extremely pressing problem in the environmental movement. While plastic pollution is a problem in many places around the world, much of the focus of the issue has been on plastic contamination in the ocean and marine environments. Marine birds are one of the most affected animals when it comes to plastic pollution, and as more seabird species become threatened by its effects, more research is being conducted into the dangers of plastic ingestion by animals.

With macroplastics, seabirds such as pelicans, albatross and seagulls often mistake the colorful pieces of trash as food. Plastic's chemical structure and synthetic nature make it an extremely durable material, but also make it very hard to break down. The larger pieces of plastic can accumulate in the bird’s GI tract and stomach causing bowel obstructions and intestinal perforations.³ Also, the accumulation of larger pieces of plastic in a bird’s stomach means that the plastic takes the place of food, constricting the bird’s stomach capacity.³ As more plastic builds up in the stomach, the bird can eat less and less food, depriving it of vital nutrients needed for survival and effectively starving the bird.

However, birds don’t need to ingest large amounts of plastic for it to have adverse effects on their health. In fact, just a few pieces of macroplastic and the equivalent mass of microplastic introduced into a bird’s digestive system can have major consequences for the long term health and survival of a bird, especially if introduced while young.⁴ Most plastics are synthesized from petroleum in one form or another, and secrete many harmful chemicals into the bloodstream when ingested. Chemicals such as PCB (polychlorinated biphenyl) and DDT (Dichlorodiphenyltrichloroethane), are very common in ocean plastics and are classified as probable carcinogens by the Environmental Protection Agency (EPA) and the International Agency for Research on Cancer (IARC). Another common chemical found in plastics is Bisphenol A, which has been linked to immunosuppression, respiratory distress, and skin and eye irritation in humans.⁵ Ingestion of ocean plastics by marine birds exposes them to these chemicals and more, increasing the possibility of the development of the side effects shown from human exposure.

One of the most affected marine birds (and most studied) in terms of plastic ingestion is the Flesh Footed Shearwater, with about 90% of fledglings studied found to have plastic in their stomachs.⁶ In a study done by Jennifer Lavers at the University of Tasmania,⁶ it was found that chemicals like PCB, DDT, Bisphenol A, and others secreted by macro- and micro plastics could be correlated to impared kidney function, high cholesterol, low BMI, shorter head, bill, and wing length in shearwater fledglings, and their ultimate early mortality.

Why is Plastic Pollution such a big problem for Marine Birds?

With 8-9 million tons of plastic introduced into the ocean each year, plastic pollution is still a growing problem for marine life and waterbirds in general. According to a compilation of waterbird studies done in the European Union, about 59% of species were found to have ingested plastics.⁷ Out of these species, 29% of the overall birds had plastic in their stomachs.⁷ More specifically, 93% of Northern Fulmars in the North Sea and Iceland have been found to have ingested an average weight of 0.28 grams of plastic, or about 26.5 pieces on average.⁷ As more and more plastic is introduced into ocean ecosystems, the percentage of seabirds that ingest pieces of plastic will grow as well. In addition to having harsh long term effects on seabirds when ingested, plastic pollution also has negative effects on the ocean ecosystems that seabirds inhabit. Large amounts of plastic in more stagnant areas of water get broken down by UV light and leach chemicals into the water, which then are passed onto algae and other sea plants, changing their density and altering the habitat that many seabirds use to hunt and nest. Microplastics by comparison, are small enough to be ingested by shellfish and plankton, which are then contaminated with chemicals and eaten by other predators and birds. So whether through toxic algae or microplastics in shellfish, the toxic chemicals in plastic work their way up the food chain into the stomachs of seabirds, contributing to high mortality of some species. (IUCN)

The more plastic that is introduced into the ocean, the more seabirds are affected either from directly ingesting plastic themselves, indirectly ingesting toxins in the bloodstreams of prey, or from the effects that plastic toxins can have on marine vegetation used for habitats of both birds and their prey. As a higher percentage of birds across different species become affected by ingesting plastic or plastic toxins, and become exposed to their effects, seabird populations may start to dwindle until a time comes where we are able to clean the ocean environment where they live and hunt.