Reflections from the 2021 Summer Internship

The event itself was the most fascinating part of the entire internship. I found the event interesting in regard to how the volunteers acted very independently; they did not require extensive management. Instead of an overbearing authority telling them what to do, they functioned autonomously and of their own accord. For example, after the volunteers understood what they were doing, they would get to work with minimal direction. Following an explanation of how to remove fennel, the volunteers eagerly dispersed all over the area to remove the invasive plant. Since fennel is difficult to remove, the volunteers would work together while uprooting the plant. It seems that when the volunteers participated in the activities, it wasn't “work” but rather play; it was fun for them. And this is where their eagerness came from, it was not monotonous work devoid of meaning, instead an enjoyable participation in action for the betterment of the environment.

I went into this internship very confused.  I had no idea what we were going to do, who was doing it, when it started, etc.  We all came to the consensus that we should use our time to plan a community volunteering event.  We all spent hours together figuring out the logistics, hanging out fliers, contacting people, and making sure the event would run smoothly.  We found it especially difficult to find people to come. After hanging up tens of posters and posting the event on many social media sites we had no sign-ups.  With only a couple of days to the event, we kicked it into high gear and started recruiting anyone we could get, eventually getting 7 resourceful high school students to help us remove fennel. They were eager to help and along the way we discussed the history of the Audubon Society, the history of Aramburu Island, the different birds on Aramburu Island, and the native and invasive species in and around the Bay Area.  Everyone came out of the event learning some new information.  The most important part for me was, the people who showed up for the event weren’t very environmentally savvy people, but after the event, they became more interested and might even participate in another event for the Aududon in the future.

Planning and doing the event took the majority of our time.  Once we were done with it we also helped propagate the orange sticky monkey flower, and helped develop the trail system around the Audubon Center.  Making noticeable changes, no matter how small, was very rewarding.  I know that I have left a lasting impact on the center, and I want to recreate that feeling in other areas of Marin.

Our July 17th Aramburu Island gathering was a success! Leading up to the event, we attempted to gain participants in a number of ways. The process involved hanging up posters throughout Mill Valley, Sausalito, Larkspur and beyond. We also advertised online using multiple social platforms including Instagram, NextDoor, Facebook.  Although we achieved some awareness with these methods, the most dependable way we gained participants was through our own connections. We ended up with seven teenage volunteers. Initially, we aimed to have participants range in age. However, after ending up with a group entirely consisting of young individuals, we came to recognize the importance of youth engaging in volunteer work.  Leading up to the start of the hands-on work, while on the boat and after initially arriving at the island, the volunteer group learned about the Richardson Bay Audubon Center & Sanctuary, Aramburu Island's history, native and invasive species and local birds. Then we split into groups and began the work. One group was assigned to collect trash spread across the island, while the other group focused on the removal of invasive species, especially fennel.

Outdoor volunteer work involving the removal of plants is often associated with being both mentally and physically draining, but our event participants seemed to have a different outlook. The teens all viewed removing the fennel and trash as a challenge and they worked collaboratively to tackle it. This attitude, along with the uplifting energy created during the event, resulted in a fun educational experience as opposed to a tiresome event. In addition to maintaining Aramburu Island, encouraging the younger generation to fully understand and participate in hands-on environmental stewardship was a goal we felt we advanced! 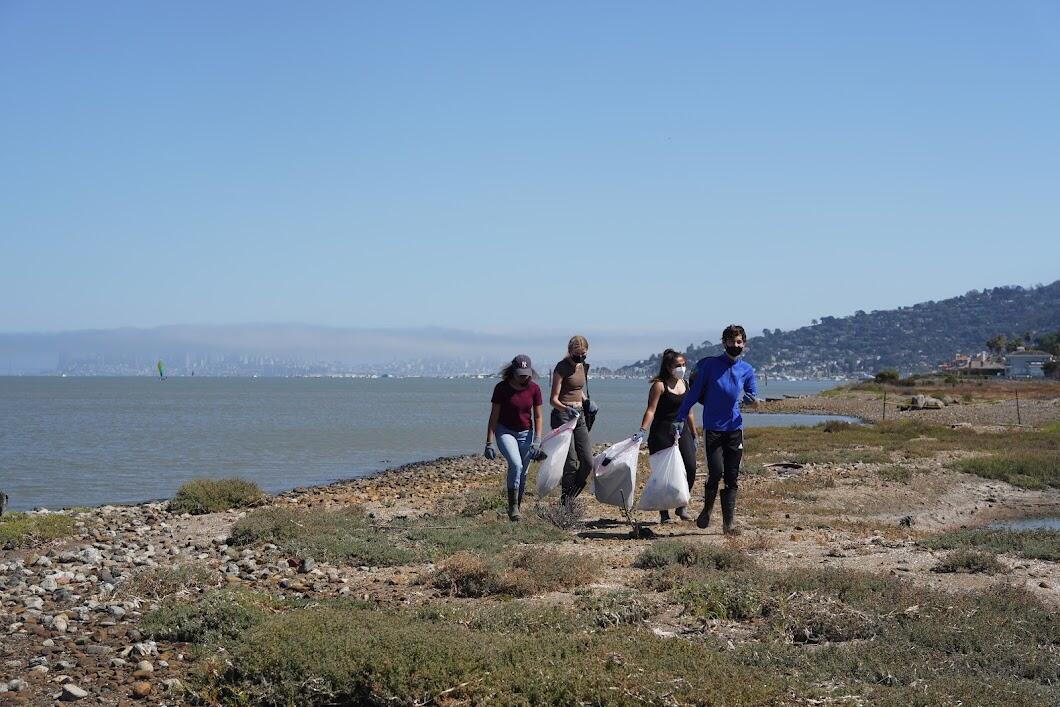 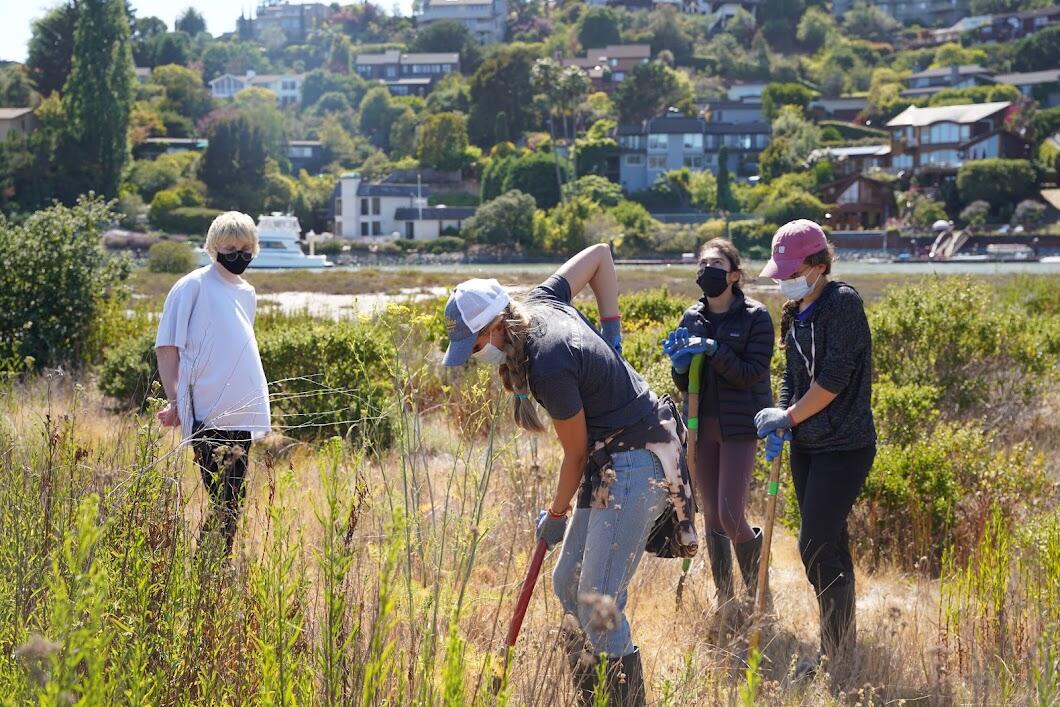 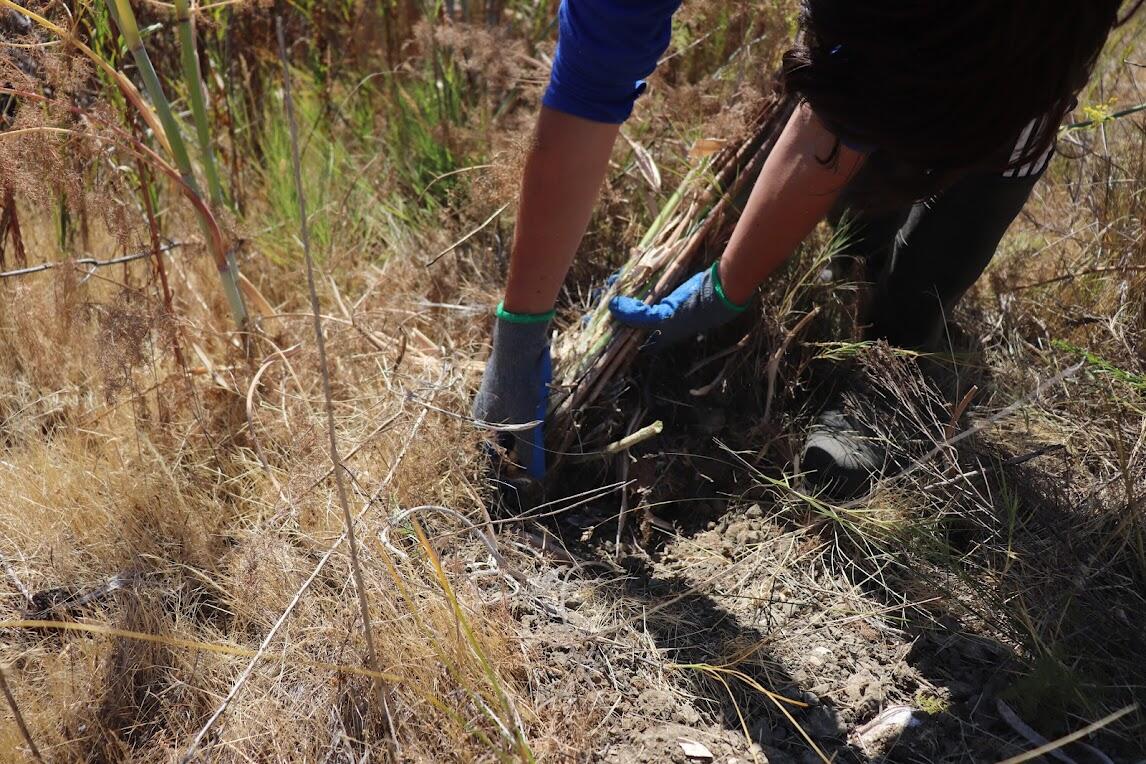 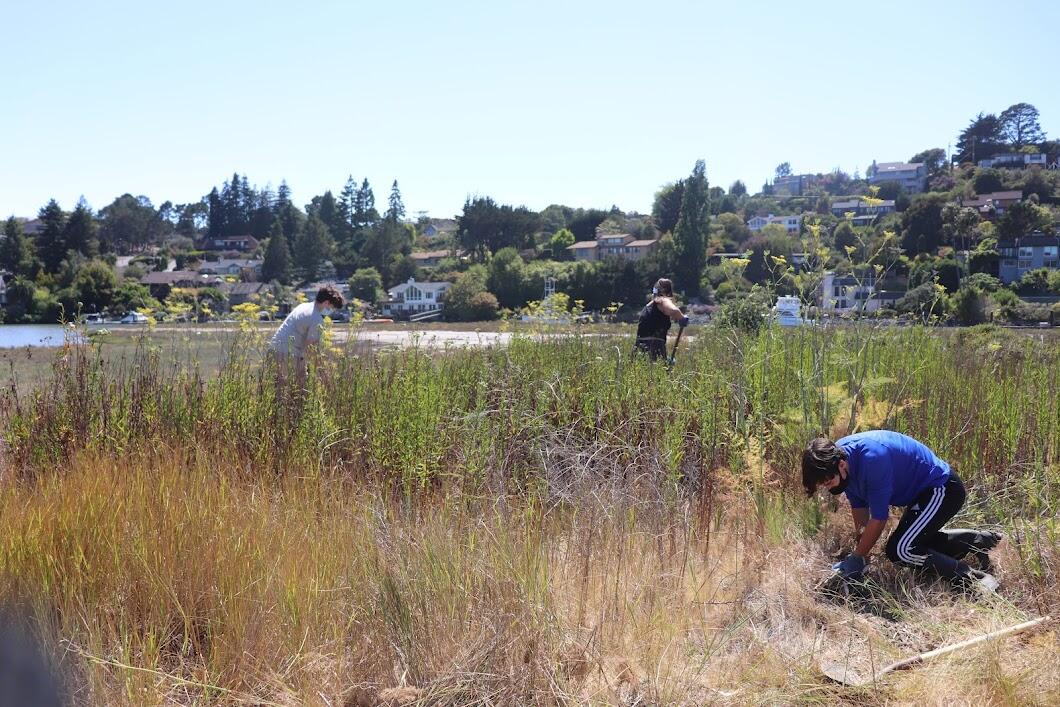 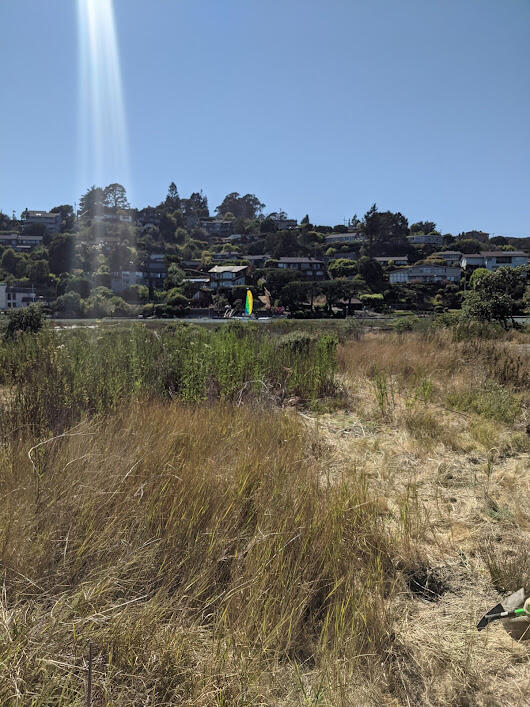 Overall, the interns learned a lot while volunteering at the center.  Their knowledge on plant species grew massively, while they developed as people, while running the event. Furthermore, the internship sparked interest in them to continue protecting the environment. Two of the three interns will possibly continue working with the Audubon during the school year helping out around.